"Many who claim they want to know God very often do not want to know the true God, but a god whose power they can use to their own ends.... Our selfish ambition blinds us to the fact that God is not a "genie in the bottle" who exists to do our bidding whenever we summon him, but is the Creator of all, who calls us to turn from our folly to submit to His will."

From The Seduction of Christianity

An Exhortation to those attending Global Awakening's Kingdom Foundations 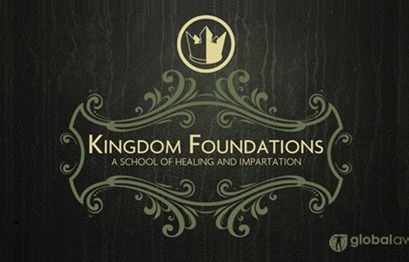 This writing is directed toward those who are attending the “Kingdom Foundations” conference this week at the Rock Church campuses. You should ask yourself the questions, “What is being imparted? Am I receiving the Holy Spirit? Am I receiving a gift? What exactly is being imparted to me and who is doing the impartation? Is the Holy Spirit doing the impartation through the medium of a person?” The biggest question is this: “Who is the source of the impartation, God or Satan? Where is the impartation coming from?” The other question is this: What are you opening yourself up to? Are you receiving something from Above or below?

Pastor Miles wrote the following: “In fairness and with an open mind do not judge us, Randy Clark, or his ministry prematurely based on what others say. Rather join us in seeking to learn as much as we can about what the Bible says about the Holy Spirit and test what you experience against scripture.”

With all due respect to Pastor Miles we are commanded to judge. What does the word judge mean? It means to investigate. We are to investigate the teaching to see if it is true. Remember the Bereans? (Acts 17:11) Are you willing to search the scriptures daily to see if the things being said at the Kingdom Foundations conference are true? Pastor Miles speaks of a premature judgment of Randy Clark. This is simply an untrue statement based on the information posted on this website. There are 20 years of history
for all to investigate. The video accounts of Randy Clark and those who minister with him are posted plainly for all to listen to and investigate for themselves. Judge the teaching on the history. Judge the teaching on the words coming from the “man” himself. This is anything but premature judgment. Finally, Pastor Miles encourages you to test what you experience against scripture. According to Miles, experience becomes predominant over scripture. You should protect yourself by judging the teaching against scripture. Do not partake in the experience and open yourself up to demonic forces and then judge. That is foolishness. Be discerning.

The Peril of Deceiving Spirits

Affects Every Child of God

The Apostle Paul said: “Now the Spirit says expressly, that in the latter times some shall depart from the faith, giving heed to deceiving spirits and doctrines of devils; speaking lies in hypocrisy; having their conscience seared with a hot iron; forbidding to marry and commanding to abstain from foods, which God hath created to be received with thanksgiving of them which believe and know the truth.” I Timothy 4:1-3

The peril concerns every professing Christian. The prophecy of the Holy Spirit declares that (1) “some” shall fall away from the faith; (2) the reason for the fall will be a giving heed to deceiving spirits, i.e., the nature of their working being not known evil, but deception, which is a covered working. The essence of deception is that the operation is looked upon as sincere and pure. (3) The nature of the deception will be in doctrines of demons, i.e., the deception will be in a doctrinal sphere. (4) The way of deception will be that the “doctrines are delivered with “hypocrisy”, i.e., spoken as if true. (5) Two instances of the effect of these evil spirit doctrines are given: (a) the forbidding of marriage and (b) abstaining from meats; both, said Paul, “created by God”. Therefore their teaching is marked by opposition to God, even in His work as Creator. The Basic Principle for Testing Teaching by Teaching Spirits Since thought, or “belief”, originates either from the God of Truth or the father of lies (John 8:44), there is but one basic principle for testing the source of all doctrines, or “thoughts” and “beliefs”, held by believers or unbelievers i.e. the test of the revealed Word of God. All “truth” is in harmony with the only channel of revealed truth in the world—the written Word of God. All “teachings” originating from deceiving spirits: (1) Weaken the authority of the Scriptures; (2) Distort the teaching in the Scriptures: (3) Add to the Scriptures the thoughts of men; or (4) Put the Scriptures entirely aside. The ultimate object being to hide, distort, misuse or put aside the revelation of God concerning the Cross of Calvary, where Satan was overthrown by the God-Man, and where freedom was obtained for all his captives. The test of all “thought” and “belief” therefore is it’s (1) harmony with the written Scriptures in it’s full body of truth. (2) The attitude to the Cross, and sin. In the professing Christian Church: Countless “thoughts” and “beliefs”, which are opposed to the truth of God, are injected into the minds of “Christians” by teaching spirits, rendering them ineffective in the warfare with sin and Satan and subject to the power of evil spirits. All “thoughts” and “beliefs” should therefore be tested by the truth of God revealed in the Scripture, not merely by “texts” or portions of the Word, but by the principles of truth revealed in the Word. Since Satan will endorse his teachings by “signs and wonders” (Matt.24:24; 2 Thess. 2:9; Rev. 13:13), “fire from heaven,” “power” and “signs”, are no proof of “teaching” being of God; nor is a “beautiful life” to be the infallible test, for Satan’s “ministers” can be “ministers of righteousness” (2 Cor. 11:13-15)

Written by Jessie Penn-Lewis from War on the Saints