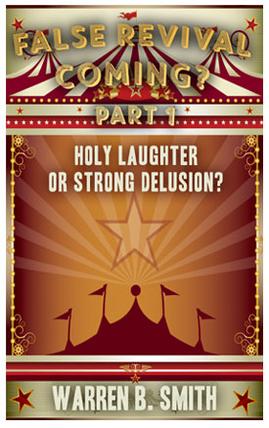 At the Jesus Culture La 2014 Conference Christa Black Gifford spoke. The following are few of things mentioned which should raise concern:

Christa Black Gifford claimed she had a vision of Jesus where black smoke was between her and Jesus. She did not understand why her and Jesus were separated. Jesus explained to her it was because she guarded her heart from him. At this realization, Jesus took a mattress and set it in the middle of the room they were in. Black went on to explain how she and Jesus "hung out" on the mattress. Their time consisted of playing patty cake and Christa asking Jesus about the color she should dye her hair. 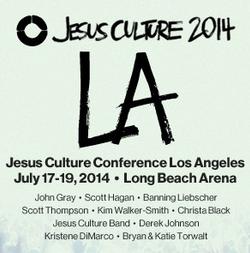 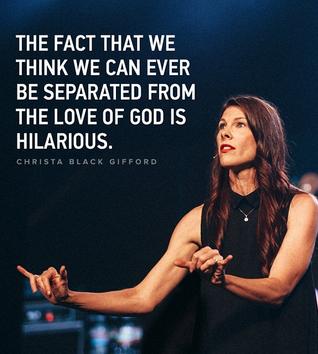 In 1992 evangelist Benny Hinn prayed for Claudio Freidzon that he would receive a special anointing. Freidzon commented, "It was almost like an ordination service." The unusual manifestations began soon after. Claudio also received the manifestation of "holy laughter" from Rodney Howard-Browne (source). Claudion Freidzon later imparted his anointing to John Arnott. After John Arnott was imparted, he and his wife Carol, invited Randy Clark to speak at the Toronto Airport Vineyard Church. As John tells the story, “It was like an explosion. We saw people literally being knocked off their feet by the Spirit of God….others shook and jerked. Some danced, some laughed. Some lay on the floor as if dead for hours. People cried and shouted.” (source)

Lou Engle worked with International House of Prayer's or now known as KHOP's, Mike Bickle. He also considers himself to be a prophet. Engle promotes the doctrine of Joel's Army and the Manifest Son's of God.

- A New Form and Standard for Christianity is emerging. It will change our entire understanding of what Christianity is. In 20 years it will be entirely different. Change will be so dramatic, the Christian church as we know it will oppose it. The change will come from outside the church.
- Rapture is for the "wicked" (Not of the saved!).
- God is to be revealed when he takes his throne in the temple.
- Christians cannot be deceived.
- City Churches: One church leadership per city. Other churches are to join the under the apostolic authority of one man or group of men and transfer membership to them (or associated churches in other cities), and ultimately close down their churches).
- Joel's Army/Kingdom Now/Dominion theology: the church is to conquer and subdue the earth in order to bring in the millennium.
- New Breed/manifest Son's of God: We will be perfected into our glorified bodies prior to Christ's return. This will allow us to subdue the earth.
- The restoration of "the fivefold ministry" as enumerated in Ephesians 4:11, with particular emphasis on the offices of apostle and prophet. (Branham was widely touted as the prophet Elijah reborn).
- Christians become "gods". We have the "divine" nature.
- Christ comes into us as a "seed" and grows into a "prophet". Christ therefore returns "within us".
- Jesus was sent as a "pattern" for the corporate church (Corporate church in this context means that the church becomes Christ. Christ is not complete without us because he is the head and we are the body).
- The current churches have the spirit of "Antichrist".

Reinhard Bonnke is an evangelist who claims God has saved millions of souls in Africa through him. He is known for his anointing to heal, yet has lied about certain healings and raising people from the dead. He is the one who 'remarried' Benny Hinn and Suzanne after their divorce.

For more info on Reinhard Bonnke, click here and here.

Apprising Ministries has done a great job of connecting the dots from Jesus Culture to Cindy Jacobs. Read their article here.

Cindy Jacobs considers herself to be a prophet of God, yet she has false prophesied (source). Deuteronomy 18:19-22 is clear that a prophet's prophecy must come true 100%, 100% of the time. 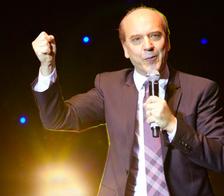 T.D. Jakes has said Trinitarians as well as Oneness Pentecostals consider him a heretic. That is because for years T.D. Jakes has denied the Trinity and attempted to keep both camps from labeling him as a heretic by using the same terminology as them but with different definitions.

The Trinity: There is one God in whom there are three eternal, simultaneous persons--the Father, the Son (Jesus Christ), and the Holy Spirit.  All three are the one God, coeternal, coequal, etc., yet there is only one God, not three, and not one person who took three modes or forms.

T.D. Jakes' definition of God: "There is one God, Creator of all things, infinitely perfect, and eternally existing in three manifestations: Father, Son and Holy Spirit." (source)

The problem with Jakes' definition is the word manifestation. God did not manifest Himself in three different ways but exists as three persons at the same time. Jesus is not the Father, the Father is not Jesus or the Holy Spirit. The Father, Jesus Christ and the Holy Spirit are each distinct persons eternally existing in the one true God.

T.D. Jakes sees no problem with Christianity borrowing from Eastern Mysticism (source). Most of T.D. Jakes' messages are a combination of the Word of Faith gospel and Prosperity gospel. 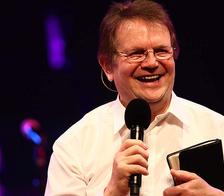 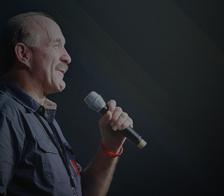 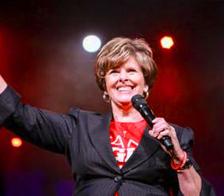 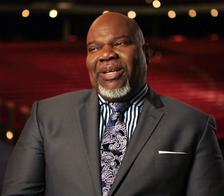 The following teachers have spoken at Jesus Culture Conferences:

Jesus Culture considers these teachers to be spiritual mothers and fathers

What is the Kundalini Spirit? | The Berean Call

Gold dust is not mentioned in the Bible as a miracle. The only place where gold dust is mentioned is in Exodus 32:15-20 where it is neither a miracle or a blessing:

​"And Moses turned and went down from the mountain, and the two tablets of the Testimony were in his hand. The tabletswere written on both sides; on the one side and on the other they were written. 16 Now the tablets were the work of God, and the writing was the writing of God engraved on the tablets.17 And when Joshua heard the noise of the people as they shouted, he said to Moses, “There is a noise of war in the camp.”18 But he said:“It is not the noise of the shout of victory,Nor the noise of the cry of defeat,But the sound of singing I hear.”19 So it was, as soon as he came near the camp, that he saw the calf and the dancing. So Moses’ anger became hot, and he cast the tablets out of his hands and broke them at the foot of the mountain. 20 Then he took the calf which they had made, burned it in the fire, and ground it to powder; and he scattered it on the water and made the children of Israel drink it." Exodus 32:15-20 NJKV

Randy Clark and the "Toronto Blessing" Question: "What is the Toronto Blessing?"
​
Answer: The Toronto Blessing is a supposed outpouring of the Holy Spirit on the people of the Toronto Airport Christian Fellowship Church, formerly the Toronto Airport Vineyard Church. On January 20, 1994, a Pentecostal pastor named Randy Clark spoke at the church and gave his testimony of how he would get “drunk” in the Spirit and laugh uncontrollably. In response to this testimony, the congregation erupted in pandemonium with people laughing, growling, dancing, shaking, barking like dogs, and even being stuck in positions of paralysis. These experiences were attributed to the Holy Spirit entering people’s bodies. The pastor of the church, John Arnott, referred to it as a big Holy Spirit party. The moniker “Toronto Blessing” was given, and the church was soon in the international spotlight.  Read More Here

Click Here For More on the Toronto Blessing and False Teachers

Bethel Church is known for manifestations such as gold dust, glory clouds and feathers

Recommended Resources:Occult Invasion: The Subtle Seduction of the World and the Church by Dave Hunt and Warning Stars: Contending for the Faith with the New Apostles and Prophets by Rev. Keith Gibson 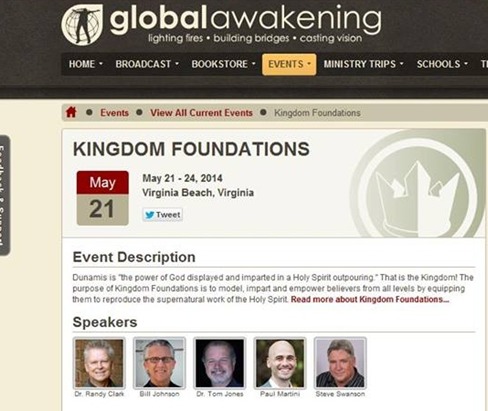 Jesus Culture is not just a popular Christian band but a movement which appeals to the younger generation of Christians. Jesus Culture started as a youth group at Bill Johnson’s church Bethel in Redding California. Now they travel the world encouraging Christians to seek encounters with God, His love and equipping them in the realm of the supernatural in order to raise up a new breed of revivalists. If this doesn’t sound mystical and ring your discernment alarm bells, it should.

Despite the few beneficial pockets of insight one could glean from listening to a message from Jesus Culture, they promote a Dominion or Kingdom Now Theology with an emphasis on signs and wonders. From their music to podcasts to conferences to curriculum their underlining message is that Christians have a mandate to usher in the reign of Jesus by signs and wonders. They claim to be apostles and prophets who see dreams and visions. Jesus Culture elevates experience above the authority of God's Word, thus opening the door for mystical experiences that no one can question.

Jesus Culture is also associated with heretics such as Benny Hinn, TD Jakes, Randy Clark, Todd Bentley, Reinhard Bonnke and others in this movement. They have been influenced greatly by the Vineyard Movement which was founded by John Wimber. Wimber disassociated from Calvary Chapel after Chuck Smith heard reports of people levitating, being slain in the spirit, aura reading and other bizarre practices. It was decided that Wimber should leave Calvary Chapel since he was headed in a different direction.

Jesus Culture appeals to young unsuspecting Christians who most of the time are unfortunately unaware of the well known heretics who have infiltrated Christianity and heretical movements which have come and gone. Because of their extreme emphasis of experience over sound doctrine and an unbalanced view of signs and wonders, Jesus Culture can be considered as a counterfeit revival which branched from the Third Wave Movement. They are part of what is known as the New Apostolic Reformation Movement. Note: This is different than the Emergent Church Movement, as described here.

Below is a video which was created to show the connection between Jesus Culture, Bill Johnson and a line of heretics and questionable teachers and practices such as Todd Bentley, Randy Clark and T.D. Jakes.

"For though by this time you ought to be teachers, you have need again for someone to teach you the elementary principles of the oracles of God, and you have come to need milk and not solid food..But solid food is for the mature, who because of practice have their senses trained to discern good and evil. "  Hebrews 5:12