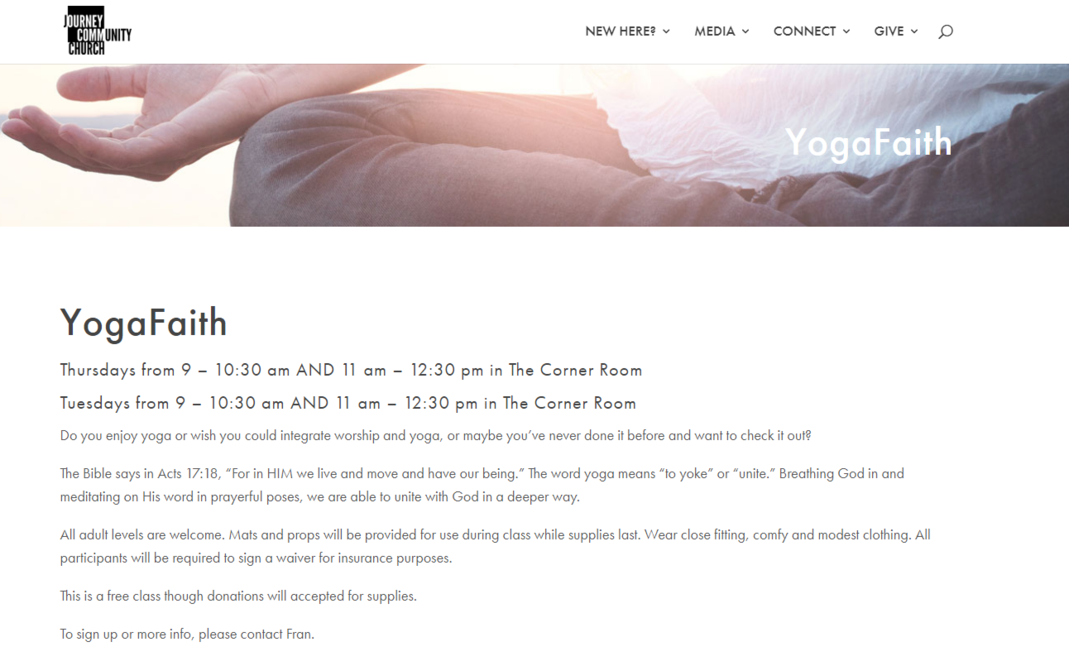 In the video above John Pacilio introduced the attendees of his healing class to his teaching by telling them they needed to relearn and rethink what they currently believed about God. He recommended awmi.net which is Andrew Wommack’s ministry. Andrew Wommack is a Word of Faith teacher.

As another ministry has commented, The most controversial aspect of Wommack’s teaching is its incorporation of Word of Faith theology. As Word of Faith teachers twist Scripture to support the occult belief that faith is a force, words are containers of the force, and through faith-filled words we can speak things into reality, Wommack similarly takes Matthew 18:18 out of context as a proof text for his belief that “We can actually bind up the positive results of sowing and reaping in a godly person and loose the attacks of Satan against them by the words we speak (Prov. 18:21; Jas. 3:5-6, 9-10

Throughout the above video, Pacilio emphasizes and mocks those who will try to persuade his attendees from the Word of Faith teaching.

Pacilio failed to mention that sickness is a result of the fall which occurred in Genesis chapter three. Until God creates a new heavens and a new earth, sickness, pain, and infirmities will be a part of this world.

"For we know that the whole creation groans and suffers the pains of childbirth together until now. 23 And not only this, but also we ourselves, having the first fruits of the Spirit, even we ourselves groan within ourselves, waiting eagerly for our adoption as sons, the redemption of our body. 24 For in hope we have been saved, but hope that is seen is not hope; for who hopes for what he already sees?" Romans 8:22-24

Remember, after God created the entire world he called everything "very good" (Genesis 1:31). The world as we see it today is not the original world God created. However, Christians have the hope that one day we will not have to experience pain anymore but instead live eternity in paradise.

Paster Noble has endorsed a class that is deceptive in nature. He is leading people away from the truth found in Scripture.

Here at 4Discernment we believe God still is active in miracles today. However, we must be able to identify truth from error and the counterfeit from the genuine. Typically, in Word of Faith circles, it is condemned to question whether something is genuinely from God. This is a recipe for deception and disillusionment.

In "Beyond Seduction: a Return to Biblical Christianity, Dave Hunt writes,

"Where signs and wonders are regarded more highly than purity of doctrine and life, the passion for "miracles" can become a snare. Referring to Fuller Theological Seminary's MC510 course, "Signs and Wonders," Ben Patterson wrote, "What do you do with the people who are not healed? This question was foremost in the minds of many of the faculty. Did Satan win one? If so, then Satan holds a commanding lead in the game because the majority of people who are prayed for do not, in fact, get well physically.

A subtle, but powerful, pressure therefore builds in the Signs and Wonders mentality to see miracles where there are none. Some faculty member were outraged at what they felt were wild, unsubstantiated reports of healings coming out of the meetings of MC510."

We recommend "The Seduction of  Christianity: Spiritual Discernment in the Last Days" by Dave Hunt & T.A. McMahon and "Beyond Seduction: a Return to Biblical Christianity" for an in-depth explanation of the counterfeit movements such as the WOF.

"Is Yoga a religion that denies Jesus Christ? Yes. Just as Christianity denies the Hindu MahaDevas such as Siva, Vishnu, Durga and Krishna, to name a few, Hinduism and its many Yogas have nothing to do with God and Jesus (though we do respect that others believe in this way). As Hindus who live the Yogic lifestyle, we appreciate when others understand that all of Yoga is all about the Hindu religion. Modern so-called 'yoga' is dishonest to Hindus and to all non-Hindus such as the Christians." - Classical Yoga Hindu Academy

​Should a Christian Practice Yoga?

Christianity and Yoga are opposed to one another because Yoga is Hinduism. A Christian cannot separate the spiritual aspect attached to the practice of Yoga because the goal of Yoga is psychospiritual. Yoga means "union." The ultimate goal of Yoga is to become one with the impersonal spirit of the Universe. Historically, the goal of Yoga is not to be more flexible or healthier, it is realizing that you are identical with God. There are many people who will boast about the positive effects of doing Yoga. However, experience and results do not determine the truth. Regardless, if you or others have experienced benefits from practicing Yoga, you are breaking the second commandment by participating in idolatry.

In the above screenshot Journey claims that we are able to unite with God in a deeper way through the practice of yoga. However, according to the Bible, the way God has united or reconciled God to mankind is through the atoning sacrifice of Jesus. Here, Journey (or the writer of their YogaFaith page) is claiming that Christ is not enough. Therefore, they must adopt a mystical practice to become so-called united with God in a deeper way.

If you are born again (John 3:3), then you already have the Creator (God the Holy Spirit) dwelling within you, and you are sealed with him. If you are a Christian and are abiding in Christ you do not need to take up a pagan practice to become closer to God. The way to have a deeper relationship with God is through obedience to him and allowing him to sanctify you.

Your primary purpose as a Christian is to love God with all your heart, soul, mind, and strength & to love your neighbor as yourself (Matthew 23:36-39). If you claim to be a follower of Jesus Christ your focus should be on eternity and others not pursuing a practice just because it makes you feel good (Mark 16:15, Lk. 14:23, Matt. 28:19-20).

Journey Community Church holds a weekly healing class held my John and Fran Pacilio. On their website promoting the class, pastor Ed Noble introduces it. He comments on how some of the information might "stretch" those attending and how it might be outside what those who have attended church for a while have heard. This should be a red flag when a pastor has to make a seven-minute introduction preparing the attendees for information that will be "outside the box", outside the norm and unheard of in Christian circles. 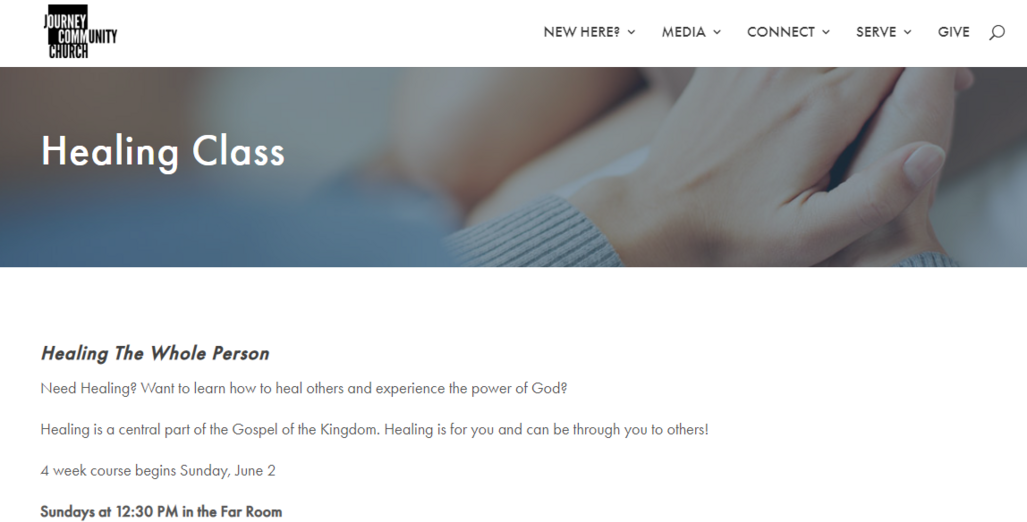